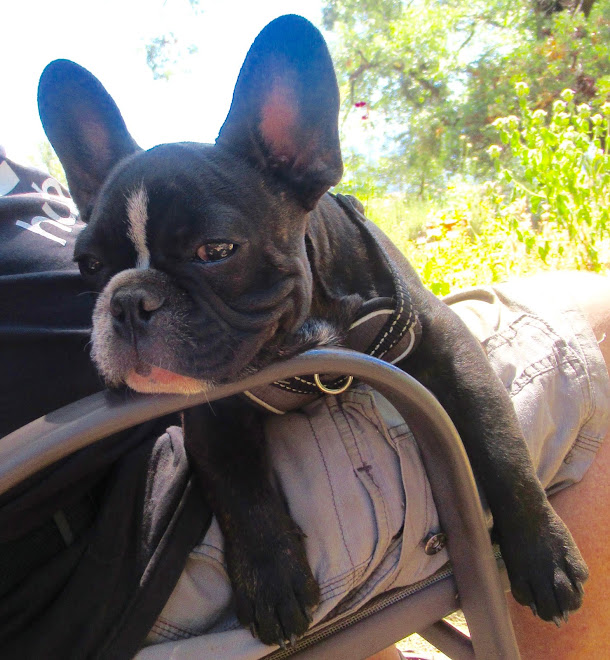 Lazing on a sunny afternoon 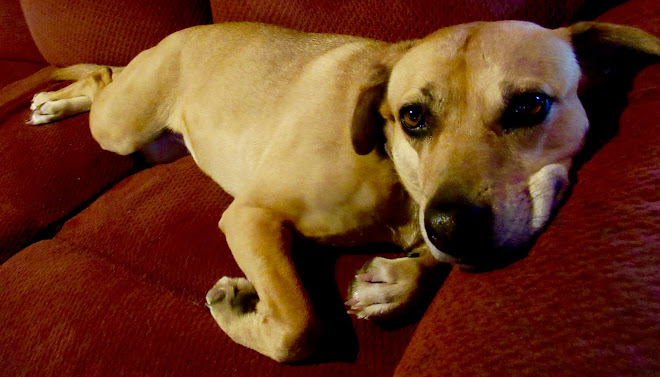 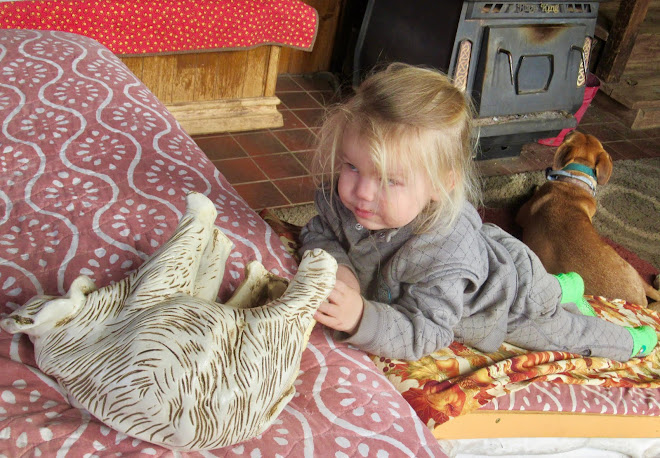 A boy and his elephant

Love is a many-splendored thing 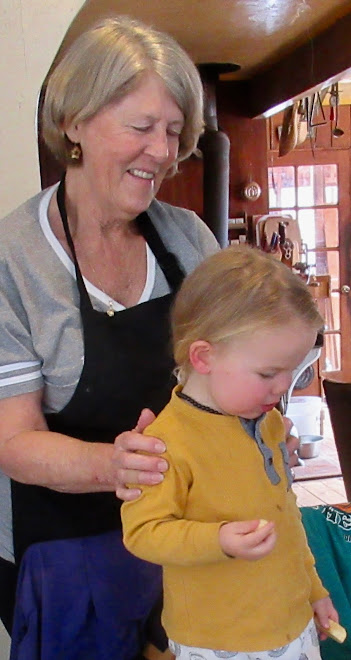 The view out my kitchen window 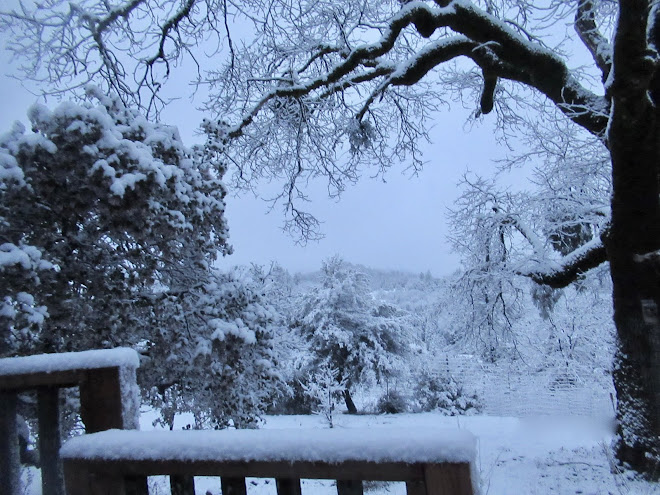 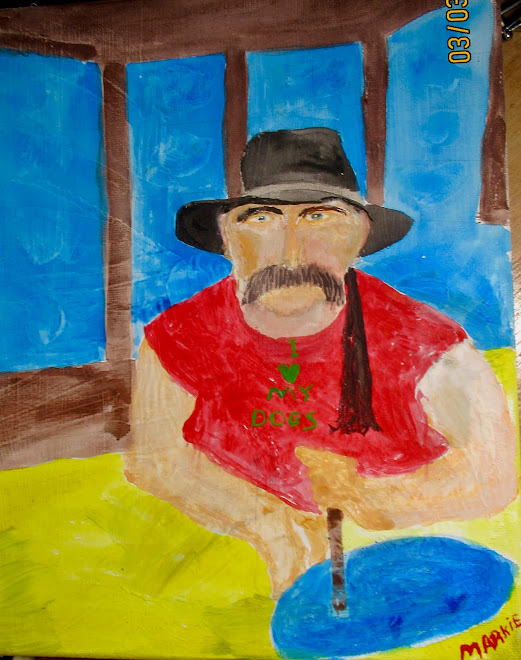 About That Shelf Life

One year ago, Monday, I began my seventh life occupation, this one as a chef for HappyDayFarms. Specifically, I prepared a meal around lunchtime, meant to sustain the farm crew for the rest of the day until dinner.

I cooked Monday through Friday, with a dozen Saturdays tossed in for the purpose of serving leftovers, a twofer of the greatest magnitude. I did “breakfast at lunch” on Mondays, Mexican fiestas on Tuesdays, shepherd’s pies on Wednesdays, chef’s choice on Thursdays and barbecues on Fridays. I began the last week in April and continued on until Thanksgiving week, after which I was given the winter off.

Except for my just-turned-two-year-old grandson, Ollie Mac, I was a vessel without an anchor a year ago, when Casey hit me up with the idea of me cooking lunches. After all, for 35 years or so I had served as sous chef for Annie, chopping and dicing my way into her culinary plans along the way, but she had left us in January. Was I up for this task?

Under Annie’s guidance, I had absorbed a wealth of knowledge when it came to preparing food, after being no lightweight in the kitchen myself, in a meat-and-potatoes kind of way. In the not-too-distant past, I had assisted her a couple of times a week in similar fashion, cooking up feasts for the farm staff on the two market days, Monday and Thursday. I watched as she prepared lists, checked available ingredients, consulted her recipe boxes and got ready for action. Much preparation went into her creations.

There may have been a question about my own durability over the course of last summer, but it took a mandatory wildfire evacuation order in early September to break a streak of more than one hundred consecutive weekday meals. Lending itself to the background was the fact that we had just been plunged into the pandemic, which meant more than ever the emphasis was on preparing what was available on-farm.

I went 134 consecutive days early on without leaving this mountain, relying on Casey to pick up any essentials from Geiger’s on Monday, when he was in town for market. I learned to make my own Italian salad dressing, mayonnaise-based salad dressing, barbecue sauce and tartar sauce. I learned to do without foil and I replaced paper napkins with a pile of cloth napkins, many of them with holiday themes. Any time I had the washing machine going, I tossed in all the dirty napkins and they were good to go again.

After we processed the turkeys and converted four of them into ground turkey, I had about sixty pounds to work with. I used it for turkey burgers, shepherd’s pies, tacos, taquitos and spaghetti sauce, among other dishes. I had whole HappyDayFarms chickens as well, along with vast quantities of fresh veggies and herbs all season long.

Because the entire crew gathered daily, notes could be compared, schedules could be adjusted and everyone got the chance to set out after lunch with a cohesive plan of action. This coordination allowed the crew to accomplish goals that might have been out of reach, had there not been such continuity from one day to the next.

On top of the cooking, I baked cookies for the HappyDayFarms farm-stand and I preserved produce, primarily tomatoes, but also zucchini squash and apples. I was also the luckiest grandfather in the history of the universe because I got to see Ollie Mac practically every day during this period. Ollie and I have a well-established history of hijinks together, and if I do not get to read him at least three books in any given day, then I try to double that number the next.

With the newly constructed, enclosed front porch and side deck, something I squeezed in building from the middle of July onwards last year, I am better equipped to deal with the heat this summer. Lunch on the front porch, sans flies, sounds cool when it gets unbearable inside.

I do seem bent on making myself useful these days, maybe a bit more so trying to compensate for the loss of Annie, but the rewards are great. It pleases me immensely to be able to do something to help forward progress on this farm where everyone works so hard. My growing of tomatoes has been replaced by my cooking of tomatoes, thus possibly extending my shelf life by a season or two. 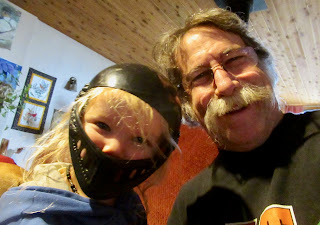 Grizzled veterans are part of all great teams and I am stoked to still be on the roster. Vets and rookies naturally hang out together with the rooks soaking up knowledge like a Hoover. I have picked up a pointer or two along the way in life, particularly when it comes to teaching concepts like respect, responsibility and the power of love.

With as much time as Ollie Mac and I spend together, and as apt a pupil as he is, it is inevitable that a part of me will still remain on that team roster, long after I have headed to those center field bleachers in the sky.