Standing at the kitchen counter Tuesday afternoon, peeling and cutting up potatoes for the homemade French fries, I had one of those Ah ha! moments. You know, when you suddenly figure out the answer to a question you have always had, but maybe didn’t know you had? In my case it dealt with the question, What’s the big deal with being a grandparent? 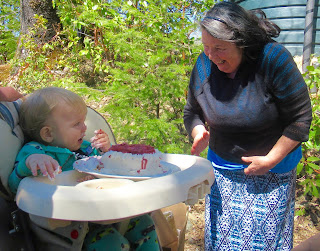 I have experienced GlutenFreeMama’s angst in the past, at the possibility of not living long enough to hold and cherish a grand baby. I have felt her anxiety as a palpable force, and I accepted it unconditionally. I kind of had to because the feeling just wasn’t there for me.

Don’t get me wrong, please, I love kids as much as anyone. My thought process had always been that grandchildren would be very cool, and I would embrace that phase of my life when I encountered it. Or not, whatever happened.

Besides, the way things had been developing the past few years, what with that pesky mood spectrum disorder cropping up, I have gone so far as to question whether I would even be entrusted with a munchkin. There have been times when I wouldn’t have trusted me.

Something happened along the path, when I became a partner-in-crime with Ollie Mac. After all, in the beginning, I had laid out specific guidelines such as, I need notice, mornings are better than afternoons, evenings are out of the question, and all of it was subject to what was happening on-farm. 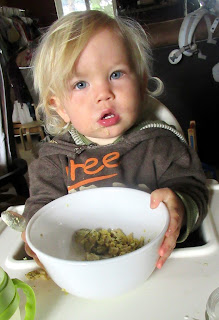 That changed almost overnight, as Ollie Mac and I got to spend more time together. All stipulations regarding time and farm dissolved. Four in the afternoon? Perfect! Evening Bell Springs Volunteer Fire Department fund raiser? Even better! Watch Ollie Mac on Market Day? In the morning? Oh, heck yeah! Easy peasy…

I had no logical explanation for my transformation of thought. What had changed? What made Ollie Mac more than “cool?” Why did all of those original requirements get dropped by the wayside? Why did I labor so hard with the communication process with Dancing Girl, so as not to miss out?

I could not seem to nail it down, other than to say that every minute I spend with him, is filled with wonder and pure joy at the way this lil dude views the world. Isn't that enough?

The things that fascinate him, fascinate me too, by extension. But still, there was something more, something that applied salve to my soul every time it occurred, without my conscious knowledge. Then, standing at the counter the other day, anticipating the arrival at some point of Ollie Mac, I saw him in my mind, running toward me with his arms out, and just screeching with delight.

And I suddenly got it. The element I had never factored in was simply how overwhelmed I would feel at having this little human being love me in return. Being told early on by Dancing Girl that “he loves his time with Grandpa,” had sent me home glowing. I never bothered to overthink the feeling, just accepting it as, you know, cool. 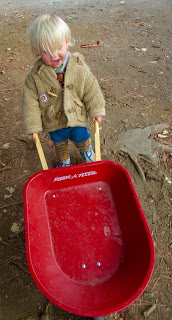 That glow has been replaced by a bonfire, and though I am approaching the winter of my life, I hope to infuse some of that bonfire into the soul of this small boy. I see him derive joy from being outdoors, and his awakening curiosity over books, music, popcorn, stories, Buster Posey, dragonflies, balls of any size, wheels, farm animals, fresh-picked apples, frogs and a wealth of other worthy subjects.

Love. I want to shower him with unconditional love, so much so that he carries around with him an access, to support him when the ups of childhood morph into the inevitable downs of adulthood. Love is the greatest power, as I am once again discovering.

It’s nice to still experience new discoveries, even as my beard completes its transition to white. And it’s nice to be a part of my grandson’s childhood, allowing me to vicariously participate in the process of exploration and wonder, all over again.

I just didn't know because I couldn't know, not without experiencing it. You're never too old to start living life all over again.