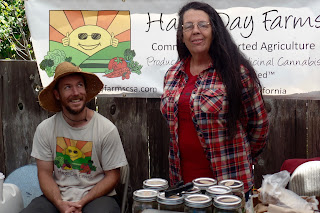 The gong in my head goes off less frequently, its boom no longer capable of startling me. Annie is gone. I expect the numbing of my emotions is partly responsible, but more likely it is simply that some time has passed. Ultimately, time will have the final say.

Gong and gone sound remarkably similar. She’s gone says the gong. No, not she. Annie is gone. Nothing has ever hurt me as deeply as this. The abyss ahead remains obscured by the mist, and it terrifies me.

So I turn backwards and remember. Annie placed two corner foundation bricks in place for our budding relationship: First, if I ever cheated on her or hit her, she was out of there, no second chances. Second, I could undoubtedly find sex with other women, but it would not be better. 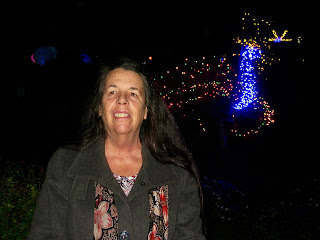 Since I had no interest in either straying from her or abusing her, I merely cemented the bricks in place without further deliberation. Annie never gave me reason to doubt her words.

A chasm now exists in front of me because I have always dreaded being by myself.

I am content to wait out the rainy season, working my jigsaw puzzles, while basking in the glow of another Super Bowl appearance by the Red and Gold. Small minds, small pleasures, you know. At least if the good guys suffer a loss, it will not be the worst loss for me in the last month. A victory, on the other hand, would bolster the spirits a bit.

Annie was not a fan of football, but she must have watched a hundred games with me over the years, just because she was that kind of gal. She was also the kind of gal who would rustle us all up some football grub that could not be beat.

Yes, I take great comfort in looking back at the last seven weeks of Annie’s life, from the day after Thanksgiving until January 14th. She referred to her three sons as “the masters,” as in, “Are the masters around?”

The answer was always yes, and all it took was one of them, and me. If there were two masters in the house, which was frequently the case, then the masters took over. I include in this discussion of the masters, BossLady, whose knowledge, compassion and experience brought a sense of we-can-do-this to the entire process.

The kind folks from hospice had visited that very morning, Cindy warning me that “we were in the ninth inning.” She also informed me that quite often in cases where peace has been found, a person will wait until she feels no one is paying attention to transition over.

Nonetheless, I was horrified-at first-to have been in the same room (a curtain divided us from Annie), laughing hysterically along with HeadSodBuster and SmallBoy at an episode of “The Office,” when Annie made her departure. As the episode ended, I headed out to the kitchen for “Oh Boy/Oh Girl time,” while the boys looked in on Annie, only to find her gone.

Leaving the dogs to wait dinner, I went in to view the inevitable, the gong in my head overwhelming everything else.

I clean house, I work puzzles and I spend time every day with Little Man, an unspoken hero in all of this with his sunny disposition and his desire to be here with me in the first place. The people in my life have been here for me, making sure that no day goes by without a visit from a loved one. For that I am grateful. That and the fact the time will pass.

I’m going to write a long, newsy email to Annie, as I did whenever she was not home, to keep her up to date on what’s up. The letters I wrote were never terribly exciting but they allowed me to maintain a connection. Besides, she told me early on that she looked forward to them. Were I to write one this morning, it would begin,

The gong in my head goes off less frequently, its boom no longer capable of startling me…”

Guiding Annie (GlutenFreeMama) through hospice care from Day One until the end is the highest honor I have ever been accorded. I did not accomplish this feat without a tremendous amount of help. As HeadSodBuster so eloquently put it, “We done good.” If Annie could have scripted her own passage, not one word or action of what actually happened, would be out of place. 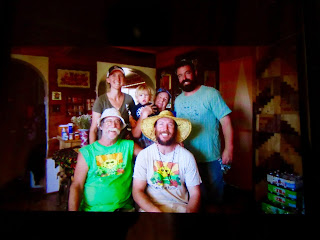 MamaMadeThree did not want to spend one more day in a hospital; she wanted to be at home. She wanted her loved ones around her, and she got her wish. Throughout the Holidays, folks came and went, Christmas chorale music reigned supreme and Annie was able to spend her final days blanketed with love, peace and goodwill to all.

BossLady did so much behind the scenes, it defies all logic. Organizing the daily meds and phoning in prescription orders took a huge weight off of my mind. Overseeing vast logistical operations to keep everything running smoothly and providing much knowledge when it came to making Annie comfortable, are just a couple more of the things BossLady accomplished.

SmallBoy spent many a night upstairs in case I needed help in the night, as did HeadSodBuster and BenJamIn. And every time he came from town, BenJamIn brought vast quantities of supplies. We took turns cooking up huge meals, the leftovers always consumed at some point after the fact.

Annie herself had contacted hospice folks up in Garberville, Heart of the Redwoods Community Hospice, and they were instrumental in helping us along the path. At different times at least seven hospice personnel made the trek up to HappyDayFarms to offer guidance, counseling and support. They were stellar.

Claudia, Annie’s longtime personal health adviser, made numerous visits in the last six weeks, each time imparting to us valuable information. She told us that Annie had no unfinished business and that she was at peace.

Claudia told us that as the time grew nearer, talking and listening would become extremely difficult for Annie, but that it required no effort to reap the benefits of touch. In particular her legs used to need stretching and repositioning. Gently massaging her feet and legs was just one way of communicating, without it requiring any effort from Annie.

We have had seven-and-a-half years to prepare ourselves for this time. That being said, even if you know you are about to be kicked in the solar plexus, and you prepare yourself for that inevitability, it still knocks you for a loop.

I don’t feel loopy-I feel lost. I cannot see beyond the chasm that looms in front of me, nor can I penetrate the mist that prevails. I don’t even want to. I just want to mark time until the ache starts to diminish.

Having family around me, especially a certain small boy who has been coming every day since Annie took to her bed, is the best medicine a guy could ask for. Well, that and something to put in the bong. 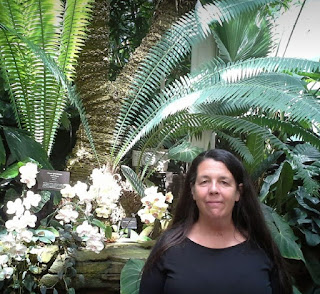 Additionally, when I read the comments from the three hundred plus folks on my post about Annie leaving us, I am buoyed beyond words. Never mind that I can’t read the comments without shedding tears; that is unimportant. There can be only so many tears before the well runs dry.

For thirty-nine years I told Annie that I would do anything on earth for her, and then I proved it. This will help ease the pain in my achey heart. 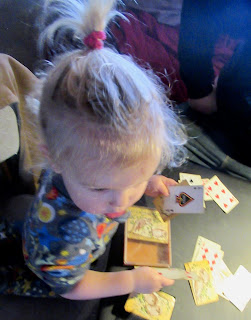