I arrived at the Department of Motor Vehicles in Garberville five minutes prior to my 10:40 appointment, Thursday morning. I had necessary documents accompanying me in my trusty backpack. Having been operating a motor vehicle without a valid California Driver’s License for about five months now, skulking The 101 apprehensively, I was here to rectify matters.

It had taken me three months to decide that the problem was not going to fix itself; it was up to me to do something. Unfortunately, the DMV in Garberville did not have any appointment available on the day I called, so I asked about the next day.

It was not until we got to June 20th that an opening, well, opened up. I accepted the assignment happily enough, figuring that another couple of months would not matter one way or another, and I was right enough.

It was the old lost wallet syndrome, miraculously the first time it has ever happened to me. The last place I remember having it was the Spaceway in Willits, where I not only unloaded a mammoth cartload of groceries onto the moving belt, but bagged them as well at the other end, into bags brought from home.

Somewhere in the chaos I also shelled out about a third of my monthly stipend to the cashier, and that was that. Exit, stage left.

I never missed that wallet with my driver’s license, my VA card and a couple hundred bones in it, until the next time I got ready to go to town, about two weeks later. When we contacted the bank, they informed us that no unauthorized transactions had taken place on our lone credit card, and that out debit card was equally unaffected. We went ahead and cancelled the two cards and had new ones issued. What happened to the wallet remains a mystery.

You’d think with the number-and depth-of the pockets on my cargo pants, it being January, I could have managed to slip that old San Francisco Giants wallet into one of them, but no, as many times as I checked those pockets, that wallet remains missing in action. The odd thing about the whole caper is that I am a much better driver without my wallet than with it.

A driver who is paranoid about attracting the attention of the CHP, is a safer driver by far.

Though I catastrophized about the upcoming journey north to Garberville for a week prior, my concern being the purported “slippage road repair” alluded to in Cal Trans’s highway report, our journey progressed uninterrupted. GlutenFreeMama and Ellie Mae, the rescue dog, had accompanied me. On our way we passed French’s Camp, known for hosting the annual Reggae on the River festival each August.

Not. This. Year. High Times Magazine has announced that 2019’s festivities have been cancelled.

We pulled into Garberville’s somewhat congested DMV parking lot five minutes early. Grabbing my backpack, I entered the facility and noted the five individuals sitting to the left on the designated Group W bench, while I assessed what I needed to do. Over at the far wall, ahead of me, a man and his middle-school-aged kid were in front of one of four wall-mounted machines. Making my way past those sitting on the bench, I inquired of no one in particular, “Are we supposed to check in?”

Got it. Go stand at the end of the white line and wait for someone to take pity on me. Well, there’s two windows going, so there’s that.

I did not wait long before the gal at the right window inquired of me, “May I help you?” while continuing to wait on the gentleman in front of her window.

“Yes, thanks. I have a ten-forty appointment to get a replacement driver’s license. Do you need my confirmation number?”

“No, I just need you to go over those machines on the far wall and check in. Then come back here and I’ll get you squared away.”

Cool. This should be a piece of cake. Far wall, machines, I see keyboards. I should be in good shape. Now what? I’m playing a tune on this keyboard and nothing is happening. I don’t see any instructions. Shoot, the kid next to me doesn’t seem to be having any problem, but I can’t just stare at him and his screen. Guess I’ll go back and seek guidance. 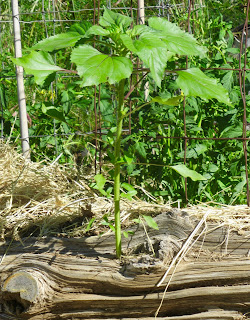 Is she talking to me? I felt like a sunflower out of soil.

“I’m unclear on what I’m supposed to do,” I responded lamely.

“You need to check in so that I can access your information up here at my desk. You do that at those machines on the far wall.”

“Yes, you mentioned that. I went over there and there are no instructions. I don’t know what to do.”

“Oh. No problem. Just press the gray bar,” and she returned her attention to the gentleman in front of her.

Retracing my footsteps, refusing to acknowledge the Group W bunch, I selected the machine on the far left, instinctively, and started searching for the gray bar. Again, I saw the keyboard, with a small black box to the right, and the monitor in front of me. Nary a gray bar in sight.

I returned to the check-in spot, now in a full-on tech meltdown, and awaited my fate.

“Sir. What seems to be the problem?”

“What seems to be the problem is that I can’t find the fucking gray bar!” I screeched at her.

“I’m sorry. I can’t find any gray bars,” I informed her, in a very small voice.

She stared at me uncomprehendingly, as though I were a monstrous Jerusalem beetle, obnoxiously waving my six feet long antennae around at her.

She heaved a sigh of frustration, beckoned for me to return to the far wall and joined me a moment later, as I once again searched for the gray bar, in vain. Hell, I’d take any color bar at this point in time, preferably one that served Jameson.

She beckoned to the monitor, “Now do you see it?”

I’m supposed to be looking at the monitor?

Along the top right side of the monitor, was a dull gray bar. Now what?

I hit every button on the keyboard once again, to demonstrate to her that none of them did anything.

Glaring at me, she leaned forward and pressed the gray bar on the monitor.

An application came into view on the screen. The woman turned on her heel and headed back to her station.

The cursor blinked off and on inside the box that said, “First name.”

I got this-I know my first name. Small victories count too.

“Mark,” I typed confidently, and then hit the space bar on the keyboard. I went to type Damien and glanced up to make sure all was copacetic. The cursor blinked unwaveringly from just after the k, in Mark, mocking me for my ineptitude.

Things were starting to spin out of control by now. I hit all the keys on the keyboard again, just for good measure. Depression set in.

I bet you Group W crowd is having a great time, watching the old hippie battling a machine that any first grader could handle. Well, laugh away. If you ever hit 66, then you’ll laugh out of the other side of you mouths.

Dejectedly, I went back to the check-in point for the fourth time, feeling more lost than ever. There was even a guy who was all done with his DMV business, hanging out to see if I ever get it all figured out. I should charge him admission.

This time the look I got from the woman behind the counter, was laser material, delivered with a scowl that indicated she was looking around for the proverbial fork. As in done.

“What is the problem now?”

“I don’t know what to do,” I murmured, “and I’m afraid I’m going to be late for my 10:40 appointment.” I gave her such an abjectly miserable look, that her scowl disintegrated, and she looked at me closer.

“You’re here. You can’t be late for your appointment. Let’s try this again.” Only she wasn’t mad any more; she spoke kindly. Once again stepped away from her spot, and escorted me to the far wall.

Her entire manner had changed; she no longer treated me like a miscreant; now she was clearly helping a “special needs” person, and an elderly one at that. It took about two minutes but we blasted through that application, she making the guy at the counter wait while she helped me out.

Did I feel like a kindergartner? I did and I was OK with that. All I needed was that piece of paper that I had been lacking for five months, and I wouldn’t need to come back for a month of Sundays.

Meanwhile, it was time for my graham cracker and milk. And a long nap.